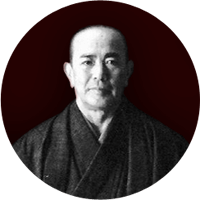 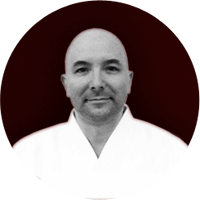 West Linn Ki-Aikido is an Aikido dojo of the Oregon Ki Society, founded by Paul Ward Sensei, Nidan (2nd Degree Blackbelt). Our goal is to empower you to become a confident leader in your community by teaching you how to be the best version of yourself today. We do this by using the tools for life found in the study of Ki-Aikido. As a student you will learn: to be a strong leader; courtesy, respect & cooperation; discipline & self confidence; how to focus & remain calm; how to maintain a positive attitude; self protection & awareness; mind & body coordination.

Aikido is a Japanese martial art originally developed by Morihei Usehiba in the late 1920s that practitioners could use to defend themselves while also protecting the attacker from injury. Aikido techniques consist of entering and turning movements that redirect the momentum of an opponent’s attack, and a throw or joint lock that terminates the technique (source: Wikipedia). The art is directly descended from the Samurai martial art of Daito-ryu Aikijujutsu, which is over 900 years old. Ki-Aikido is a style of Aikido founded by Master Koichi Tohei that blends Aikido with mind & body coordination techniques descended from ancient Zazen (Zen) and Misogi training.

What is the Ki Society?

The Ki Society is an Aikido martial art organization founded by Master Koichi Tohei in 1971 while he was the top worldwide Aikido instructor (and 10th Dan) at the Aikikai Hombu Dojo in Japan.

What is the Oregon Ki Society?

The Ki Society also offers students the chance to study other forms of training, such as Kiatsu, Ki Health Exercises, Ki Meditation, Ki Breathing and Misogi. These additional training opportunities combined with Tohei Sensei’s Aikido provide students with a holistic approach to life that extends beyond the martial art of Aikido into something which can be incorporated into our daily lives for improved health and happiness.

We offer Aikido Martial Arts Classes in West Linn, OR

West Linn Ki-Aikido offers classes in Ki-Aikido and Kiatsu for children and adults. Check our calendar for a schedule of classes. Our dojo is located in the lower level of Bolton Plaza in West Linn, Oregon.

We hope to improve the lives of our students by helping you to create a happy, healthy, and productive life. Our training is incremental. Like drops of water added to a cup of tea, the small things we do repeatedly change the fabric of our lives. In class, we learn the correct use of mind and body. With this knowledge, we monitor and correct our actions in everyday life. As our habits evolve, so does our life.

We are pleased to announce that our dojo has re-opened to in-person live classes! We believe that in this troubling time of COVID it is vital for children and adults to keep a calm and positive mind along with a healthy body. Contact us today to schedule a one-on-one free intro! COVID Screening and safety protocols are strictly enforced to protect all members of the dojo.

We are also continuing to offer our large compliment of online classes! If you are interested in trying out AIKIDO or MEDITATION, but are trying to remain isolated until COVID ends, feel free to join our growing online community! Email us today for an invite to ZOOM.